The fourth edition of the Urban Lens Film Festival to be held in Bengaluru and New Delhi, remains committed to the idea that cinema allows us a space to reflect and re-examine the cities we live in.

In order to open the Urban Lens Film Festival to a greater diversity of films from wider geographical regions, the festival, for the first time, put out a call for entries. The call received an overwhelming response with more than 1600 entries from 102 countries. The 26 films being screened this year include a selection from the open call and a set of invited films. These fiction, non-fiction and animation films mirror a cinematic truth about cities, framing them beyond their skylines by teasing out individual/collective stories and experiences of people from around the world.

In keeping with the mission of the Indian Institute for Human Settlements (IIHS) to engage with cities of the Global South, the festival explores cinematic narratives that emerge from countries such as India, Argentina, Bangladesh, Brazil, Egypt, Jordan and South Africa. The thrust of urbanisation in these countries is unprecedented, giving rise to a sea of striking stories – a couple’s struggle for housing in a crowded city (Ek Ghar), resilience of people in making homes for themselves in an abandoned building in Caracas (Ruina), examining how men and women occupy public space during the day and night (Chasing Tails, Mod and Amdavad Ma Famous), a grandson’s search for the truth about his grandfather in Buenos Aires (70 y Pico), the experience of loneliness in a city (Solito) and understanding the everyday life experiences of a couple in Kolkata through images and sound (Asha Jaoar Majhe). In addition, films reflect on the stories of immigrants in Israel and the United States (Journey Birds and and i) and a fantastical imagination of Berlin (Wings of Desire).

The coming together of filmmakers, researchers, students and a larger section of the public to watch these films together at the Urban Lens Film Festival will hopefully create a space for reflection and spark critical discussions about cinema and the nature of urban experience. 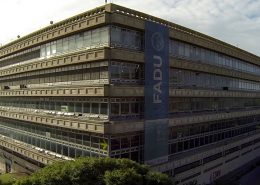 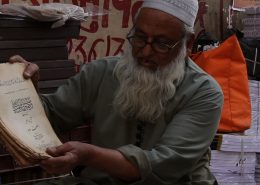 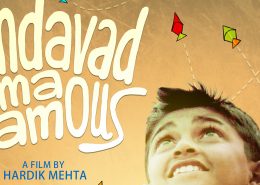 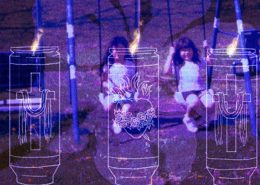 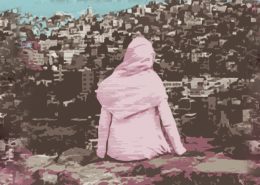 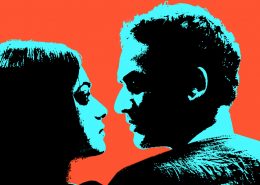 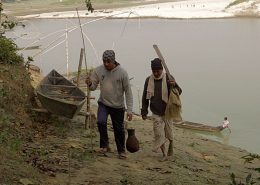 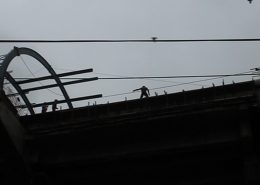 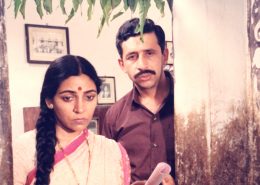 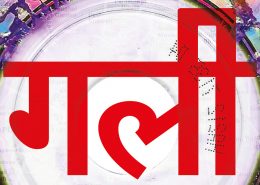 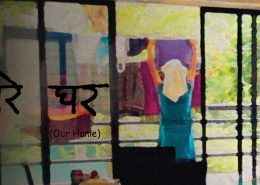 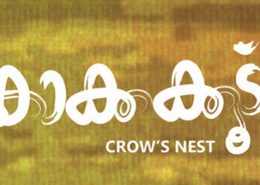 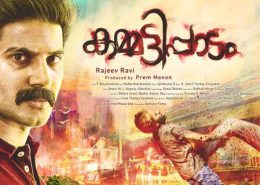 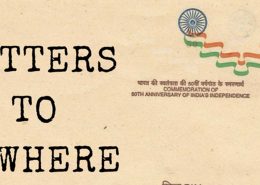 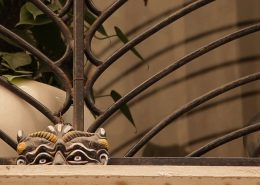 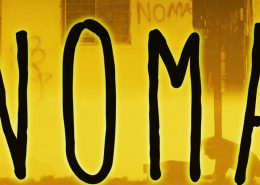 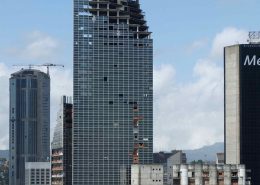 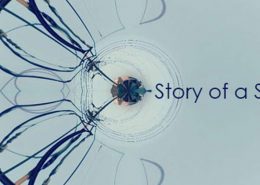 Get in touch with us

Ranjani Mazumdar is Professor of Cinema Studies at the School of Arts & Aesthetics, Jawaharlal Nehru University. Her publications focus on urban cultures, popular cinema, gender and the cinematic city. She is the author of Bombay Cinema: An Archive of the City (2007) and co-editor with Neepa Majumdar of the forthcoming Wiley Blackwell Companion to Indian Cinema. She has also worked as a documentary filmmaker and her productions include Delhi Diary 2001 and The Power of the Image (Co-Directed). Her current research focuses on globalisation and film culture, and the intersection of technology, travel, design and colour in 1960s Bombay Cinema.

Ritesh began his journey as a photographer watching his elder sister take photos of his family but sadly, he didn’t register it back then and began his journey as a professional in 2004 as an intern at the Indian Express. Inspired by the work of Reza Deghati, David Alan Harvey and of course, the usual suspects, Henri Cartier Bresson, Eugene Smith etc, he moved over to the Hindustan times and finally the OPEN Magazine where he worked for seven years before stepping into the fascinating and often scary world of freelance.

In his decade-long experience as a photojournalist, he has reported and documented some of the major events of national and international importance in the Indian subcontinent and has recently self-published his first photo book, The Red Cat and Other Stories, which looks at the city of Bombay through the lens of a fable his mother used to narrate to him when he was a child. The book, equal parts travelogue and journalism, is a tribute to the beauty in the mundane.

Ratheesh Radhakrishnan teaches at the Department of Humanities and Social Sciences, IIT Bombay, Mumbai. He completed his PhD from the Centre for the Study of Culture and Society (Bangalore), and was a Post-Doctoral Fellow with the Chao Centre for Asian Studies, Rice University (Houston, USA). While at Rice University, he founded and curated TITLES: A Festival of Experimental Films from India (2011- 2014). He is currently part of the India programming team of MAMI – Mumbai Film Festival. His research on Malayalam cinema has appeared in a variety of journals and other publications, both in English and in Malayalam.

Jabeen Merchant is a film practitioner with a wide and varied experience within the independent filmmaking community as well as the mainstream film industry. She is well known for her work editing and co-scripting a number of internationally celebrated documentaries in collaboration with some of India’s best filmmakers. Side by side, she has edited a range of fiction feature films, including the critically acclaimed ‘Anaarkali of Aarah’; commercially successful thrillers like ‘NH10’ and ‘Manorama Six Feet Under’; the off-beat comedy ‘The President Is Coming’; art-house films such as ‘Kadvi Hawa’ and the soon to be released ‘The Sweet Requiem’. Apart from editing films, she teaches, consults on scripts and occasionally writes on cinema.

Swati Dandekar is a film practitioner with a special interest in creating visual narratives of the living history around her; of people, places, ideas, traditions and practices. Her most recent work is “Neeli Raag”, a feature length documentary on the natural dye indigo, and the few remaining craftsmen who still work with it.

Her earlier work includes a series of essay films that look at urban India, in particular at the changes taking place in small towns and cities, and explore the relationship between land, people, resources and the institutions that govern them. She was also closely involved in documenting best practices in elementary education, as well as designing and making radio and video programmes for rural school children. As part of Vikalp, Swati has been involved in screening documentary films in the city for over 10 years.

Swati teaches film at the Srishti Institute of Art, Design and Technology, Bangalore.

Amit Mahanti is a filmmaker, cameraperson and editor, who has worked on films and video installations that explore questions of ecological transformation, culture and politics. His films include ML 05 B 6055 (2008), Malegaon Times (2012), Every Time You Tell A Story (2015) and Scratches on Stone (2017).

After a Post-graduate diploma in Social Communications Media from Sophia Polytechnic, Mumbai, Sushma joined the CIEDS Collective Here, she conceived and executed a film education programme for school children. Post this experience, she worked as Assistant Director and Scriptwriter with filmmaker M.S.Sathyu for 4 years. She began making documentaries in 1998.

As Producer / Director, her focus has been on documenting the work of grass root organizations working in Karnataka’s remote villages. Her films have been used as communication tools by these organizations to further engage with the people they work with. Her work encompasses a wide spectrum – about people’s co-operatives, leadership imaging as participatory research tool, training modules for blue collar workers, issues relating to water, women and violence.

Her concerns with the city in transition led her to produce and direct her first independent documentary WHEN SHANKAR NAG COMES ASKING. Her last short film SHEELA GOWDA AT BATTARAHALLI CORNER was screened at the 13th IAWRT (International Association of Women in Film and Television) Festival. Along with 4 other filmmakers, Sushma is part of Vikalp Bengaluru, a group which has been screening documentaries in the city since 2005.

Sabari Pandian works as an assistant director in documentary films. Some of the films that he has assisted on are ‘Nostalgia for the future’ and ‘Electric Shadows: Journeys In Image-making’. Based in Bombay he also loves to travel and take photographs. He is currently pursuing his Bachelor of Science in Information Technology from Mumbai University. An avid film buff, Sabari loves being part of film festivals and has provided technical support for film festivals such as Urban Lens Film Festival (2016) and the IAWRT Asian Women’s Film Festival (2017).

Kunal Deshpande is an alumnus of the Srishti School of Art Design and Technology, Bangalore. His diploma film, Daryache Raje (Kings of the Sea) was selected and screened at the 6th Kirloskar Vasundhara Environmental Film Festival.

He has since worked as a cinematographer, director and editor on projects ranging from documentaries on the water resources and climate adaptation practices in the north-east, to lifestyle exploration films in Kutch, and people-oriented films. He has worked on feature films like Ferrari Ki Sawaari, on television shows and various other projects.

Kunal also worked at the IIHS where he was part of the Media Lab, creating a variety of audio visual outputs for teams and projects. He worked on videos on the process of campus development, on climate change adaptation, and on festivals such as the Urban Lens film festival and Cityscripts. He is now engaged with IIHS in the capacity of an External Consultant.

He is currently producing and directing SupperClub India, a food and travel web series, as well as producing videos for several corporate clients and brands.

TejInder, is an independent photographer and researcher. He is also senior urban fellow at Indian Institute for Human Settlements, Bangalore. He has had a range of work experiences from that of a trainee architect to managing electoral campaigns, participating in Model UN conferences, and documenting and archiving contemporary issues. He has photo documented Gaurav Gagoi’s campaign for Assam assembly elections, Occupy UGC movement, Swaraj Abhiyaan’s Jai Kisan Andolon, City Scripts – The IIHS Urban Writing Festival, 2017 IAWRT Asian Women’s Film Festival, Jio MAMI Mumbai Film Festival Word to Screen Bootcamp and many more conferences and events across India. His work on Ennore Creek Power Plant has been published by Scroll.in and Urbanisation – a SAGE journal.